I briefly mentioned the story of Marine Cpl. Jason Dunham, who was killed in an IED explosion in Iraq back in April of 2004, in this post of misc. links a few days ago, but wanted to create a separate thread about him, considering today was the day he was posthumously presented with the Medal of Honor. The NYT has a nice write up about the ceremony, and Marine Cpl Dunham:

WASHINGTON, Jan. 11 — In April 2004, Cpl. Jason L. Dunham, an ordinary recruit from a small town in upstate New York, did something extraordinary: he threw himself on a grenade to shield two men in his unit as they battled insurgents on a road in Iraq.

On Thursday, President Bush gave Corporal Dunham, who was 22 when he died, the Medal of Honor, the nation’s highest military award, presenting it to his mother and father in a somber East Room ceremony attended by his relatives and friends.

In an interview on Tuesday, as she was preparing to make the six-hour trip to Washington for the ceremony, Corporal Dunham’s mother, Debra, said she wished her son could “receive it himself.” “But we will receive it for him, and he will be watching us do that” she said.

Corporal Dunham, who was a rifle squad leader in the Marines, is the second soldier to receive the medal for service in the current war in Iraq. Prior to that, the 1993 conflict in Mogadishu, Somalia, was the last to produce Medal of Honor recipients; two Delta Army Force soldiers died protecting a downed helicopter pilot there in actions later depicted in the movie “Black Hawk Down.”

In presenting the award to the Dunhams, President Bush, who on Wednesday night told the nation he would send 20,000 additional troops to Iraq, cited Corporal Dunham’s uncommon valor and said that he “gave his own life so that the men under his command might live.”

The president shed tears during the ceremony.

“He was the guy who signed on for an extra two months in Iraq so he could stay with his squad” President Bush said. “As he explained it, he wanted to make sure that everyone makes it home alive. Corporal Dunham took that promise seriously and would give his own life to make it good.” 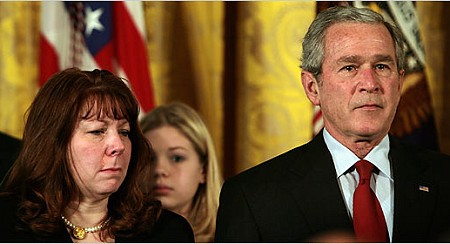 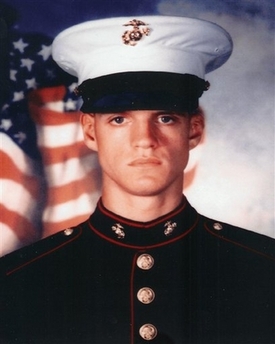 Photo courtesy of the Dunham Family via the AP 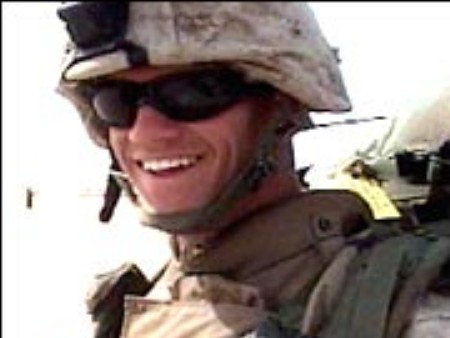