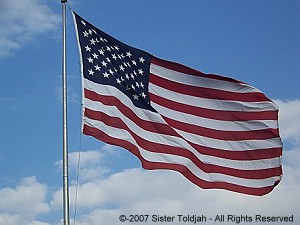 Senator Zell Miller, who I quoted Friday, said it best at the 2004 Republican National Convention:

“Never in the history of the world has any soldier sacrificed more for the freedom and liberty of total strangers than the American soldier. And, our soldiers don’t just give freedom abroad, they preserve it for us here at home.”

Indeed. Thank you, veterans, both past and present. Today is the “official” day we honor you, but everyday should be Veterans Day, in my opinion. Update: Make sure to check out this Veterans Day must-read from Rick Moran.

I see Google has finally seen fit, after 8 years of ignoring Veterans Day, to finally create a custom logo for for it:

Yesterday was the 232nd birthday for the US Marine Corp. Jimmie at The Sundries Shack wrote a great post honoring our brave Marines here. Semper Fi! Here’s to many, many more birthdays

And speaking of the Marines, I’m on the Marines team for Project Valour-IT and now would be a good time to mention that, if you haven’t yet, you can still make a donation to PV-IT, a worthy cause which benefits troops who have suffered hand or arm injuries, or in some cases, amputations, while serving their country in Iraq and Afghanistan. Donations to Project Valour-IT helps to provide those troops with voice-controlled equipment which enables them to use a laptop to communicate. To make a donation, click here. Today Monday is the last day of the friendly competition between the service branches. 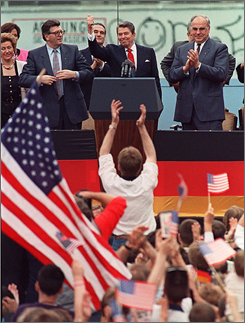 The Vietnam Veterans Memorial turns 25 on Tuesday. MSNBC wrote Saturday about how all the personal tributes that have been left at the Memorial over the years are being preserved as museum pieces. (Photo courtesy of the Wall-USA website)

The Democratic Congresses of the 70s, which choked off any hope of victory against the Communist North Vietnam, may not have remembered the thousands of sacrifices made by our troops in the Vietnam war, but we do, and always will.

Last but not least: In addition to our brave men and women in the US military, who have over the years helped spread the message of hope and freedom so eloquently expressed by great men like President Reagan, another thing that makes America so great is the steadfast support and strength of her staunchest ally, the UK. Excellent British blogger Mike McNally blogs today about Remembrance Sunday, in which the Brits are pausing to honor the sacrifices made by their military heroes in wars past and present.

PM Update: ST reader Karl has a thoughtful post up about Veterans Day at his blog Leaning Straight Up.

And this post has rec’d a nice link from Memeorandum. Thanks!

15 Responses to "Celebrating America and what makes her so great"