Here’s a photo of McCain-Pallin at a rally this afternoon in Blaine, Minnesota: 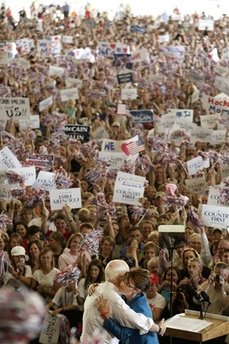 Here’s video from the rally:

According to Minnesota Public Radio, the crowd number was around 10,000.

Blaine, Minnesota resident Andy “Triple_A” Aplikowski from the Residual Forces blog has some photos posted from the event, and has more coming later so make sure to check back there later. 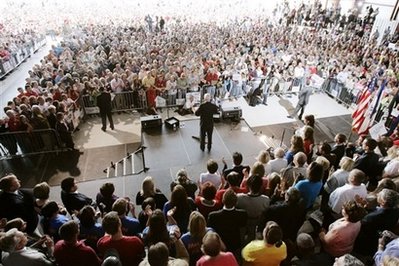 The Catholics for McCain blog has more photos. Blogs for John McCain has several videos from that campaign stop. Recap here.

4 Responses to "Can you feel the excitement? Part 2"