The far left’s frustration with our far left celebrity President’s supposedly not being far left enough has reached a boiling point in recent days, with prominent liberal movers and shakers bemoaning the alleged “fact” that liberals are just too darned civil when it comes to dealing with conservatives.   Hilarious, I know, but let’s take an amused look at what some of them are saying.  First up, the NYT’s beloved Kruggie:

So when pundits call on the parties to sit down together and talk, the obvious question is, what are they supposed to talk about? Where’s the common ground?

Eventually, of course, America must choose between these differing visions. And we have a way of doing that. It’s called democracy.

Which brings me to those calls for a bipartisan solution. Sorry to be cynical, but right now “bipartisan” is usually code for assembling some conservative Democrats and ultraconservative Republicans — all of them with close ties to the wealthy, and many who are wealthy themselves — and having them proclaim that low taxes on high incomes and drastic cuts in social insurance are the only possible solution.

This would be a corrupt, undemocratic way to make decisions about the shape of our society even if those involved really were wise men with a deep grasp of the issues. It’s much worse when many of those at the table are the sort of people who solicit and believe the kind of policy analyses that the Heritage Foundation supplies.

So let’s not be civil. Instead, let’s have a frank discussion of our differences. In particular, if Democrats believe that Republicans are talking cruel nonsense, they should say so — and take their case to the voters.

Has Kruggie been hiding under a rock the last 50 or so years? Anytime a “Rethuglican” expresses an opinion on hot button issues like race, cutting the deficit, etc, they’re immediately branded “racists” who “hate the poor” and who want the elderly kicked to the curb, desire homosexuals to be quarantined, and believe moms and their children should be put out on the streets.  Oh, and did I mention that because they oppose abortion they “hate womyn”? The fact of the matter is the biggest hindrance to constructive political discourse over the last several decades has been the cheap, mindless, blatant (to me) demagoguery from the left, as evidenced most recently by Democrat party leader President Obama in his speech on tackling the deficit.  And it goes without saying that Kruggie himself has never exactly been a paragon of “civility.”

Next up: liberal think tanker and community organizer Sally Kohn, whose main complaint is that President Obama and Democrat leaders ‘compromise’ too much (LOL):

The real problem isn’t a liberal weakness. It’s something liberals have proudly seen as a strength — our deep-seated dedication to tolerance. In any given fight, tolerance is benevolent, while intolerance gets in the good punches. Tolerance plays by the rules, while intolerance fights dirty. The result is round after round of knockouts against liberals who think they’re high and mighty for being open-minded but who, politically and ideologically, are simply suckers.

Social science research has long dissected the differences between liberals and conservatives. Liberals supposedly have better sex, but conservatives are happier. Liberals are more creative; conservatives more trustworthy. And, since the 1930s, political psychologists have argued that liberals are more tolerant. Specifically, those who hold liberal political views are more likely to be open-minded, flexible and interested in new ideas and experiences, while those who hold conservative political views are more likely to be closed-minded, conformist and resistant to change. As recently as 2008, New York University political psychologist John Jost and his colleagues confirmed statistically significant personality differences connected to political leanings. Brain-imaging studies have even suggested that conservative brains are hard-wired for fear, while the part of the brain that tolerates uncertainty is bigger in liberal heads.

LOLOL.  I wonder if she considers death threats against the political opposition “tolerance”?  How about refusing to allow the opposition to peacefully assemble?  How about accusing the opposition of coming to Washington, DC to “kill women” simply because the oppo wants to defund Planned Parenthood? How about telling the opposition to “go to hell!” – for the same reason?  What about comparing a leader in the opposition movement to a brutal Middle Eastern dictator?  Her thoughts on liberals calling black conservatives “Uncle Toms” simply because they’ve dared to think outside of the box?  Wonder what she thinks about state Democrat “leaders” expressing the hope that the opposition would “shoot themselves”?  And let’s not forget about the hundreds, if not thousands, of times a conservative or a conservative group has been bogusly accused by liberals both low on the chain of command and all the way up to the President himself –  of “racism”  all because they don’t support the uber-liberal in the WH and his big government agenda?

I could go on and on, but I think you get the picture. 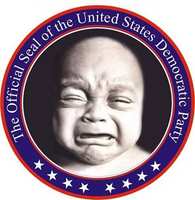 Here’s the bottom line: Liberals didn’t complain en masse about fellow liberals supposedly being “too civil” and “too willing to compromise”  while they had control of both chambers of Congress and eventually the WH, and especially not when they rammed through ObamaCare  – all the while proclaiming that GOP opposition to health care “reform” was really code for “hating our black President.”    I also didn’t see them complaining too much about liberals being “too civil” when they were busy accusing President Bush of being a modern day Hitler, Stalin, etc., and insinuating that Bush had no brain and had to rely on Cheney and Rove to make all of his decisions for him.  Let’s also not forget the sickening suggestions made by liberal icons like Rev. Al Sharpton and future Senator Claire McCaskill that things were as catastrophic as they were in New Orleans during and after Hurricane Katrina because Bush hated black people (McCaskill’s despicable comment: ““George Bush let people die on rooftops in New Orleans because they were poor and because they were black.”)

In other words, liberals have never been afraid to tell the American public exactly what they think of Republicans and their policies. They’ve also never been afraid to outright lie their a$$es off about Republicans and their policies for shameless political gain.  It happens routinely, as we all know.  Rarely is the public debate arena used by these folks to actually help people.  It’s usually used to scare people into thinking the big bad Republican boogie man is gonna steal all their cookies and milk in the middle of the night, and only big government can prevent them from being even bigger “victims”.  It’s not Republican brains that are “hard-wired for fear”, Ms. Kohn.

The left doesn’t fully control Congress now, and numerous state legislatures swung to the right this last election cycle – primarily due to the rejection of the radical left wing agenda of the Obama administration – and so because the American people saw through their BS now it’s time to “take the gloves off”? LOL.    If the last several decades of “public debate” from liberals hasn’t been of the “gloves-off variety” (including plenty of low blows) I don’t know what has.  Yet they’re calling for fellow liberals to be even less civil in light of last November’s stinging rebuke at the ballot box.  Revealing, isn’t it?

Oh, and one last thing: Kruggie’s suggestion that two sides sitting together trying to find common ground is not “democracy” reminds me of his fellow Times’ columnist Tom Friedman’s fantasy column in which  he dreamed a little dream that the US could be more like …. autocratic China.   When the government is divided as it is now (at the federal level), sitting down and hashing out agreements with the opposition is exactly what they have to do.  In fact, like it or not, they don’t really have much of a choice if they want to get anything done at all.  His calling for a “frank discussion” of party differences is laughable, when you consider his idea of “frank discussions” is calling people who disagree with him “traitors to the planet”, etc.  Not only that, but the implied goal behind his call for “frank discussions” is that he thinks such “frank discussions” will persuade a majority of the American people that a socialistic government is the best thing for this country.  Ironically, it’s socialistic societies that have been proven time and time again to systematically choke off private sector growth, calculatingly foster widespread government dependency and despair, ignorantly wallow in cesspools of moral relativism, and sinisterly silence any and all political opposition so as to prevent future ….

11 Responses to "Emerging liberal meme: We gotta stop being so gosh-darned ‘tolerant’!"